Crisis-hit Amber Valley may have to abandon non-essential services like leisure centres, garden waste collections and grass cutting if it does not receive more government funding.

Last night, Cllr Chris Emmas-Williams, Labour leader of the authority was asked if the council is still at risk of having to issue a Section 114 notice – stopped all extra spending on non-essential services.

In March, the council’s finance team said the authority could be at risk of serving the notice – the same as that issued in Northamptonshire County Council – before the end of the next financial year (2021/22).

Responding, Cllr Emmas-Williams said: “On numerous occasions since 2010 I have highlighted that this government’s austerity moves have reduced this authority’s funding from £9.6 million to £4,000 currently.

“We as an authority have seen first hand with the flooding in January and the pandemic that all of our staff have been stretched to the extreme limits.

“This situation and a lack of funding has been highlighted right across the frontline services which have been paramount in keeping the country going and also keeping people safe.

“On the District Council Network call every week the MP has praised us all for the fantastic work that district and borough councils have done.

“This government must not now be allowed to go back on their word where they said ‘you must do whatever it takes to overcome this pandemic’ (and that it would compensate councils for Covid response spending and losses) – that is exactly what we have done.

“We expect the Government to stand by that and make sure we get the funding to go with that.

“On a balanced budget (and risk of Section 114 notice), we will have to wait and see, we’ve got a long way to go, we have a meeting with the government this week or possibly next week when we will know whether we are going to get any more funding.

“District councils around the country are running around £6 billion short in their budgets and I can assure you there are a lot of councils worse off than us.

Cllr Emmas-Williams had told the Local Democracy Reporting Service in May that the authority’s overall income was down by £400,000 a month and extra costs as a result of Covid at that point were £1.1 million.

He said last night: “We need to start getting some money in as a borough council.”

If the council were subject to a 114 notice, that would restrict it to providing only statutory services and would cast doubt on optional non-essential services such as the running of leisure facilities, grounds maintenance and garden waste collections.

Earlier this month, Peter Handford, Derbyshire County Council’s finance chief, said it was not beyond the realms of possibility that his authority also goes the way of Northamptonshire – Section 114 notice served, freezing spending on all but essential services.

Mr Handford said the scale of the financial risk to the authority currently available – with many unknown and uncosted factors – totals £120 million, a fifth of the county’s annual budget.

A spokesperson for the authority said this week: “It’s too early to publicly state the need for either a S114 notice or other measures while awaiting further communication from Government on potential further support.”

In March, Amber Valley was warned by its finance chief it must take drastic and rapid steps to avoid the freeze on its spending.

New ways to increase income were “confidential” Cllr Emmas-Williams had said at the time.

A report from Sylvia Delahay, Amber Valley’s executive director of resources, had said: “Without action to address the projected budget deficits the council will be faced with considering an unbalanced budget as soon as 2021-22 which would be unlawful.

“This is an extremely serious position for the council both financially and reputationally.”

She said that “if the costs of operating the council are not reduced or additional income secured during 2020-21” officers will carry out a review in January 2021 ahead of setting budget.

“If the review finds there is a risk of not setting a balanced budget, then a report under Section 114 will need to be presented within January 2021 to “determine how its budget will be brought into balance and so that a balanced budget can be set for the following three years”.

Ms Delahay said: “If a Section 114 notice is issued by an authority the implications for such an authority are indeed extremely serious.”

She says it is “imperative” that the council acts to avoid that situation.

Her report said that the council has £4.9 million in its reserves, set to drop to £3 million by March 2021.

However, this is set to fall to just £287,000 by March 2022, half the council’s absolute minimum required level of reserves.

This is then set to plummet to a shortfall of nearly £2.5 million by March 2023 – £3 million away from the absolute minimum. 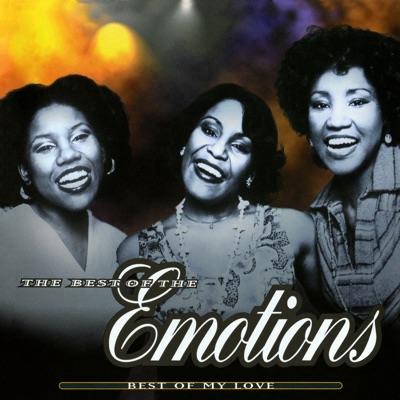