Weddings can be seriously expensive – but Meghan Markle and Prince Harry’s nuptials will reportedly cost a staggering £32million.

Now experts have revealed exactly how they think this price tag will be broken down. Here's the lowdown...

Wedding planning company Bridebook has calculated how much they think will be spent on flowers, food, entertainment and, of course, the dress.

Bridebook also guess that big day, will earn the couple a place on the list of the top ten most expensive weddings of all time - ahead of William and Kate's (estimated to have cost £20million).

The experts says the bulk of the royal costs will be spent on security - with Meghan's dress, the flowers, food and drinks coming in at nearly a million pounds.

Other costs associated with the day include the fact that Windsor will be locked down for the day, with a heavy police presence put in place, as well as crowd control and restrictions placed on shops and restaurants.

Extra security measures may include snipers, undercover police and military tech, such as a counter-drone system, could rack the cost to upwards of £30million, according to Bridebook.

This huge security bill is expected to be higher than William and Kate’s wedding, even though their wedding was larger, due to the ongoing terrorist threat level.

Bridebook’s breakdown of some of the key costs include:

£90,000 for 20 silver-plated trumpets that will announce the event
£50,000 on the lemon elderflower cake from Violet Bakery in East London
£110,000 on flowers to adorn the aisles of St George’s Chapel at Windsor Castle and St George’s Great Hall
£300,000 to hire the glass marquee for the evening reception in the grounds of Frogmore House
£26,000 on sausage rolls and hot tea for the 2,640 members of the public who have been invited
£30million on security measures
£300,000 to £400,000 on Meghan’s dress

However, other sources think that Meghan’s dress will cost far less than this.

Royal expert Katie Nicholl, author of Harry: Life, Loss and Love, told The Telegraph: “Meghan is very mindful of wanting to send the right message with her gown.

“It’s going to be iconic and fit the backdrop of Windsor Castle, but it would send off the wrong message to wear a dress that in cost alone would upstage Kate’s.”

Kate’s Sarah Burton for Alexander McQueen dress is rumoured to have cost £250,000.

Mark Niemierko, who has planned weddings attended by royals, says the couple will probably aim for a more low-key affair.

He added that one of the biggest expenses will be the evening party.

He told The Telegraph: “The dinner-and-dancing part will be the real celebration.

“There was a rumour that the Spice Girls might play, but that would cost an average Joe a fortune – about £1million for each band member.”

But, because of the historic nature of the event, as well as the global coverage, prices for the band would likely drop – as would prices for dresses, flowers and food.

Mark added: “The royals get a lot more for their money because people are happy to do things for free.”

Tradition states that the father of the bride pays for a wedding, so we’re sure Meghan’s family breathed a sigh of relief when Kensington Palace confirmed the royal family would foot the bill.

The Windsor clan will be paying for the church service, flowers, decorations and reception – but they’re not covering everything.

Meghan is expected to pay for her own dress, while taxpayers will cover security. Ouch!

But, before you get too upset, the royal wedding is expected to provide a £500m boost to Britain’s economy – thanks to tourism and merchandise. 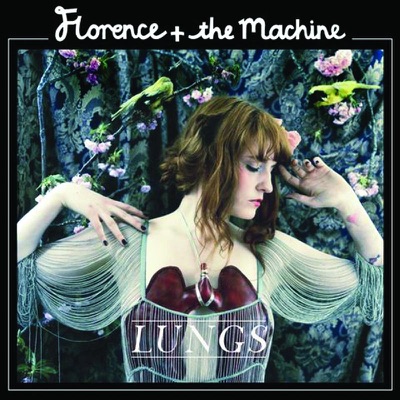 Max Mallen playing Florence And The Machine - You Got The Love