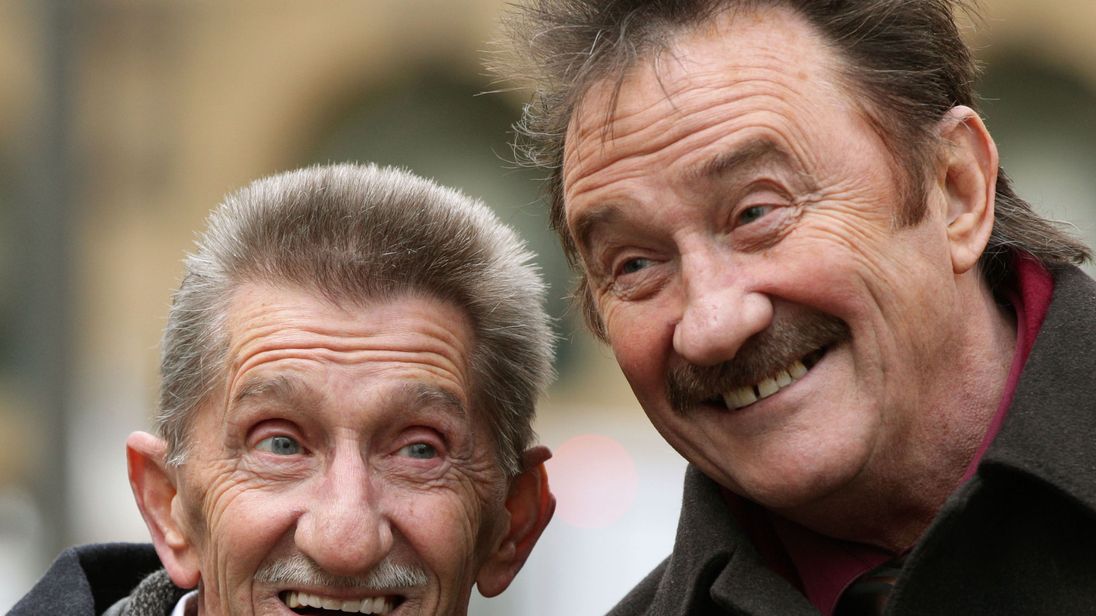 Manager Phil Dale said in a statement: "It is with great sadness that the family announce that Barry passed away peacefully at his home surrounded by his wife Ann and all his family."

He added: "The family would like to express their thanks to the many people who have been fans of the Chuckle Brothers and they know that they will share in part the great, great loss they feel."

His partner in the comedy duo the Chuckle Brothers, Paul said: "I've not just lost my brother, I've lost my theatrical partner of many, many years and my very best friend."

The duo shot to fame with their slapstick comedy and catchphrase 'to me, to you'.

Barry and Paul had recently filmed a new series called ChuckleTime for Channel 5.

Barry - whose real surname was Elliott - had not been well towards the end of the filming.

Summer work was cancelled after his doctor told him to rest but his health continued to deteriorate.

The Chuckle Brothers, from Rotherham, south Yorkshire, won the talent show Opportunity Knocks in 1967 and their BBC show ChuckleVision ran for 21 series from 1987 to 2009.

The pair made a TV comeback on Chuckle Time which featured the brothers performing comedy sketches and introduce humorous online videos from the public.